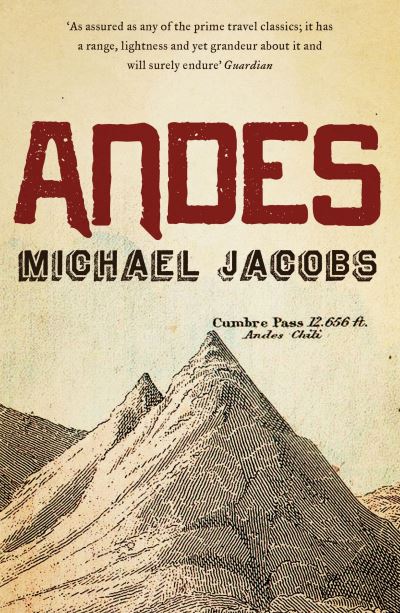 Recommended by David
‘Ostensibly following Bolívar, but in fact following Humboldt, Michael Jacobs takes us from north to south along the world’s most varied mountain range. His descriptions of the landscapes and history are brilliant, but what makes the book unforgettable are the pen-portraits of the extraordinary characters he meets along the way.’

Stretching for over 5500 miles, and containing the highest active volcanoes in the world, the largest salt flat, the highest lake, and peaks rivalled in size only by the Himalayas, the Andes impress by statistics alone. But beyond the range's sheer immensity is its concentration of radically contrasting scenery and climates. In this remarkable book, Michael Jacobs journeys from the balmy Caribbean to the inhospitable islands of the Tierra del Fuego, through the relics of ancient civilizations, to retrace the footsteps of previous travellers. His route begins in Venezuela, following the path of the great 19th-century revolutionary Simon Bolivar. On his way Jacobs attempts to uncover the stories of those who have shared his fascination, and to reveal the secrets of a region steeped in history, science and myth.