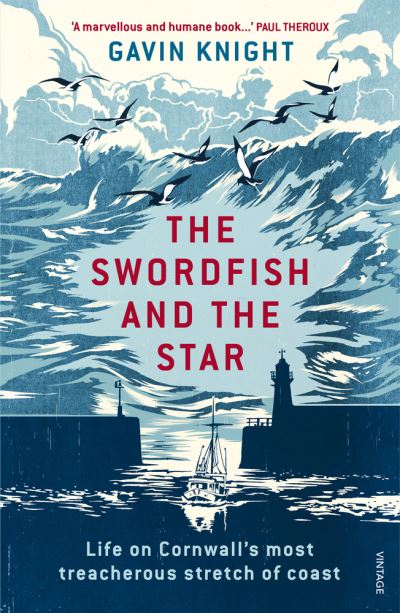 The Swordfish and the Star

Recommended by David
‘The fishermen’s tales that make up Gavin Knight’s account of life in West Cornwall are a million miles from the cosy world of second homes and holiday cottages, while taking place cheek by jowl with it. As gripping as it is alarming.’

The Penwith Peninsula in Cornwall is where the land ends. In The Swordfish and the Star Gavin Knight takes us into this huddle of grey roofs at the edge of the sea at the beginning of the twenty-first century.

He catches the stories of a whole community, but especially those still working this last frontier: the Cornish fishermen. These are the dreamers and fighters who every day prepare for battle with the vast grey Atlantic. Cornwall and its seas are brought to life, mixing drinking and drugs and sea spray, moonlit beaches and shattering storms, myth and urban myth. The result is an arresting tapestry of a place we thought we knew; the precarious reality of life in Cornwall today emerges from behind our idyllic holiday snaps and picture postcards. Even the quaint fishermen's pubs on the quay at Newlyn, including the Swordfish and its neighbour the Star, turn out to be places where squalls can blow up, and down again, in an instant.

Based on immersive research and rich with the voices of a cast of remarkable characters, this is an eye-opening, dramatic, poignant account of life on Britain's most dangerous stretch of coast.