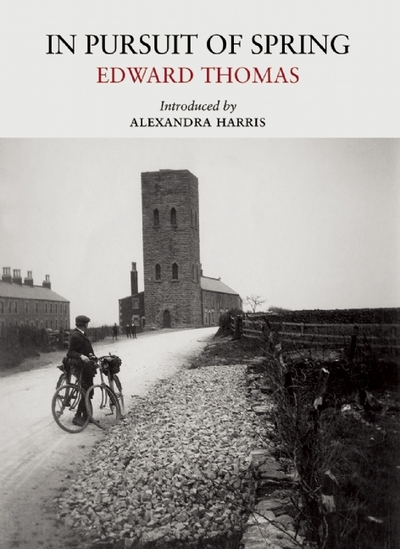 In Pursuit of Spring

Recommended by John
‘Edward Thomas’s long out-of-print masterpiece, now reissued with a batch of newly discovered photos from the poet himself, bicycling across a forgotten England.’

In mid to late March 1913, as the storm clouds of the Great War which was to claim his life gathered, Edward Thomas took a bicycle ride from Clapham to the Quantock Hills. The poet recorded his journey through his beloved South Country and his account was published as In Pursuit of Spring in 1914. Regarded as one of his most important prose works, it stands as an elegy for a world now lost. What is less well-known is that Thomas took with him a camera, and photographed much of what he saw, noting the locations on the back of the prints. These have been kept in archives for many years and will now be published for the very first time in the book. Thomas journeys through Guildford, Winchester, Salisbury, across the Plain, to the Bristol Channel, recording the poet's thoughts and feelings as winter ends.