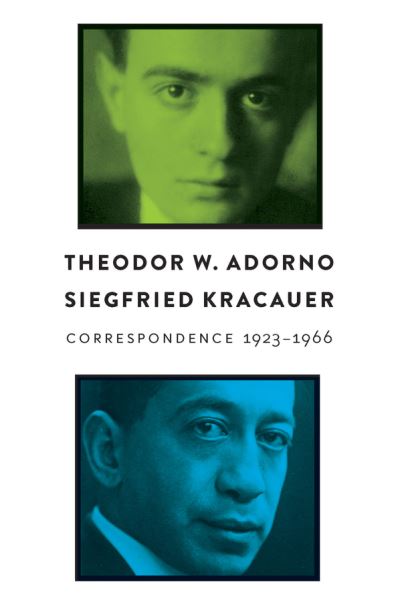 Theodor W. Adorno and Siegfried Kracauer were two of the most influential philosophers and cultural critics of the 20th century. While Adorno became the leading intellectual figure of the Frankfurt School, Kracauer's writings on film, photography, literature and the lifestyle of the middle classes opened up a new and distinctive approach to the study of culture and everyday life in modern societies. This volume brings together for the first time the long-running correspondence between these two major figures of German intellectual culture. As left-wing German Jews who were forced into exile with the rise of Nazism, Adorno and Kracauer shared much in common, but their worldviews were in many ways markedly different. These differences become clear in a correspondence that ranges over a great diversity of topics, from the nature of criticism and the meaning of utopia to the work of their contemporaries, including Bloch, Brecht and Benjamin. Where Kracauer embraced the study of new mass media, above all film, Adorno was much more sceptical. This is borne out in his sharp criticism of Kracauer's study of the composer Offenbach, which Adorno derided as musically illiterate, as well as his later criticism of Kracauer's Theory of Film. Exposing the very different ways that both men were grappling intellectually with the massive transformations of the 20th century, these letters shed fresh light on the principles shaping their work at the same time as they reveal something of the intellectual brilliance and human frailties of these two towering figures of 20th century thought. This unique volume will be of great value to anyone interested in critical theory and in 20th century intellectual and cultural history.