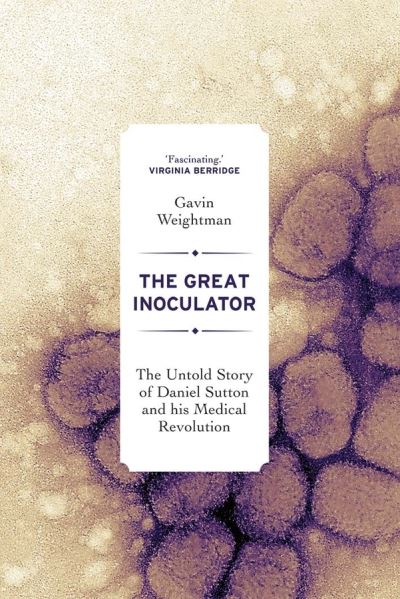 Smallpox was the scourge of the eighteenth century: it showed no mercy, almost wiping out whole societies. Young and old, poor and royalty were equally at risk - unless they had survived a previous attack. Daniel Sutton, a young surgeon from Suffolk, used this knowledge to pioneer a simple and effective inoculation method to counter the disease. His technique paved the way for Edward Jenner's discovery of vaccination - but, while Jenner is revered, Sutton has been vilified for not widely revealing his methods until later in life.

Gavin Weightman reclaims Sutton's importance, showing how the clinician's practical and observational discoveries advanced understanding of the nature of disease. Weightman explores Sutton's personal and professional development, and the wider world of eighteenth-century health in which he practised inoculation. Sutton's brilliant and exacting mind had a significant impact on medicine - the effects of which can still be seen today.