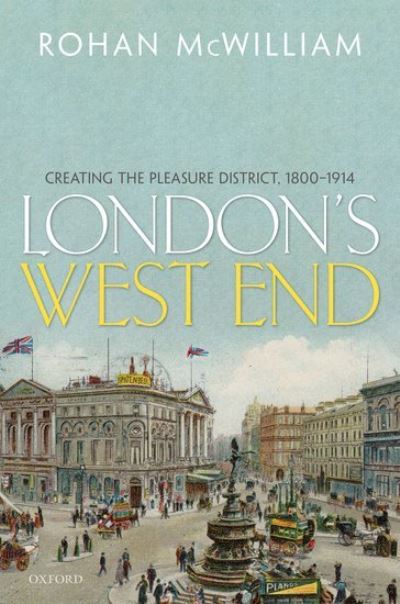 How did the West End of London become the world's leading pleasure district? What is the source of its magnetic appeal? How did the centre of London become Theatreland? London's West End, 1800-1914 is the first ever history of the area which has enthralled millions. The reader will discover the growth of theatres, opera houses, galleries, restaurants, department stores, casinos, exhibition centres, night clubs, street life, and the sex industry. The area from the Strand to Oxford Street came to stand for sensation and vulgarity but also the promotion of high culture. The West End produced shows and fashions whose impact rippled outwards around the globe. During the nineteenth century, an area that serviced the needs of the aristocracy was opened up to a wider public whilst retaining the imprint of luxury and prestige. Rohan McWilliam tells the story of the great artists, actors and entrepreneurs who made the West End: figures such as Gilbert and Sullivan, the playwright Dion Boucicault, the music hall artiste Jenny Hill, and the American Harry Gordon Selfridge who wanted to create the best shop in the world. At the same time, McWilliam explores the distinctive spaces created in the West End, from the glamour of Drury Lane and Covent Garden, through to low life bars and taverns. We encounter the origins of the modern star system and celebrity culture. London's West End, 1800-1914 moves from the creation of Regent Street to the glory days of the Edwardian period when the West End was the heart of empire and the entertainment industry. Much of modern culture and consumer society was shaped by a relatively small area in the middle of London. This pioneering study establishes why that was.