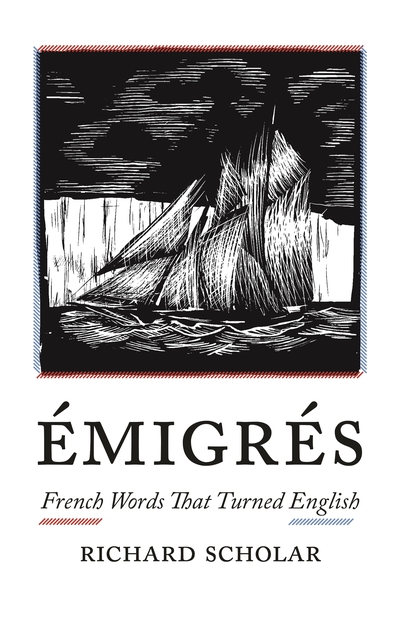 English has borrowed more words from French than from any other modern foreign language. French words and phrases-such as a la mode, ennui, naivete and caprice-lend English a certain je-ne-sais-quoi that would otherwise elude the language. Richard Scholar examines the continuing history of untranslated French words in English and asks what these words reveal about the fertile but fraught relationship that England and France have long shared and that now entangles English- and French-speaking cultures all over the world.

Emigres demonstrates that French borrowings have, over the centuries, "turned" English in more ways than one. From the seventeenth-century polymath John Evelyn's complaint that English lacks "words that do so fully express" the French ennui and naivete, to George W. Bush's purported claim that "the French don't have a word for entrepreneur," this unique history of English argues that French words have offered more than the mere seasoning of the occasional mot juste. They have established themselves as "creolizing keywords" that both connect English speakers to-and separate them from-French. Moving from the realms of opera to ice cream, the book shows how migrant French words are never the same again for having ventured abroad, and how they complete English by reminding us that it is fundamentally incomplete.

At a moment of resurgent nationalism in the English-speaking world, Emigres invites native Anglophone readers to consider how much we owe the French language and why so many of us remain ambivalent about the migrants in our midst.