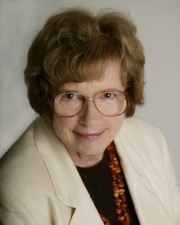 Our International Translation Day event celebrated the distinguished career of Anthea Bell, who appeared in conversation with Daniel Hahn of the British Centre for Literary Translation. Literary translators are often compared to ventriloquists, but few have as many and varied voices as Anthea Bell, whose much-lauded translations range from W. G. Sebald's Austerlitz to the Asterix series. Her work has garnered many accolades, including the Marsh Award for Children's Literature in Translation; the Helen and Kurt Wolff Translator's Prize; the Independent Foreign Fiction Prize; and Oxford-Weidenfeld Translation Prize, and in 2010 she was appointed OBE.