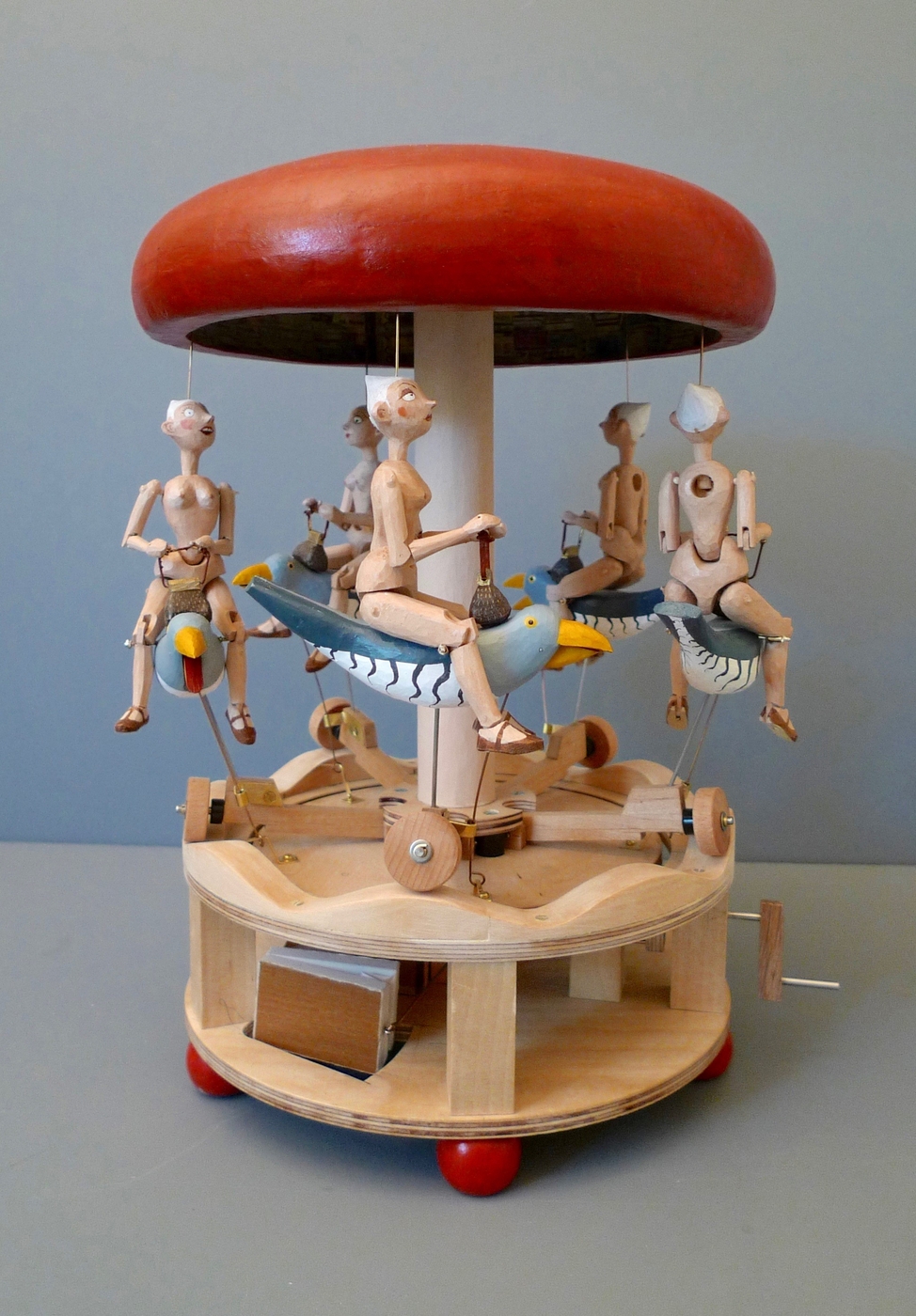 Having an engineer as a father and an art school education, Paul Spooner became, predictably, a school-teacher, then a lorry driver. A chance meeting with mechanical model-maker Peter Markey in Cornwall led him to discover his true métier – the almost extinct profession of automatist, or maker of automata. Since then he has been relentlessly making mechanical playthings, mostly of wood, some of them not, mostly small, some of them not, all of them intricately engineered, eccentrically beautiful and endlessly fascinating.

He was in conversation about his work with Rosemary Hill, architectural historian and contributing editor at the London Review of Books. She first encountered Paul Spooner's work at Cabaret Mechanical Theatre in Covent Garden in the 1980s and has admired it ever since. Her books include God's Architect, a biography of A W N Pugin, and Stonehenge.