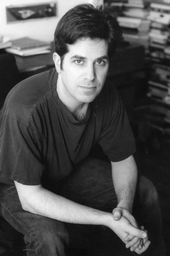 Manhattan in the 21st century has a achieved a maximum amount of unreality... All of New York City is a reconstruction of a previously real concept.

Jonathan Lethem came to the London Review Bookshop to discuss his latest book with the novelist Tom McCarthy. A searing portrayal of Manhattanites wrapped up in their own delusions, desires and lies, Chronic City is animated by the countercultural savvy and voracious paranoia of free-range pop critic Perkus Tooth, as he goes in pursuit of that rarest of artifacts on an island where everything can be bought: truth.