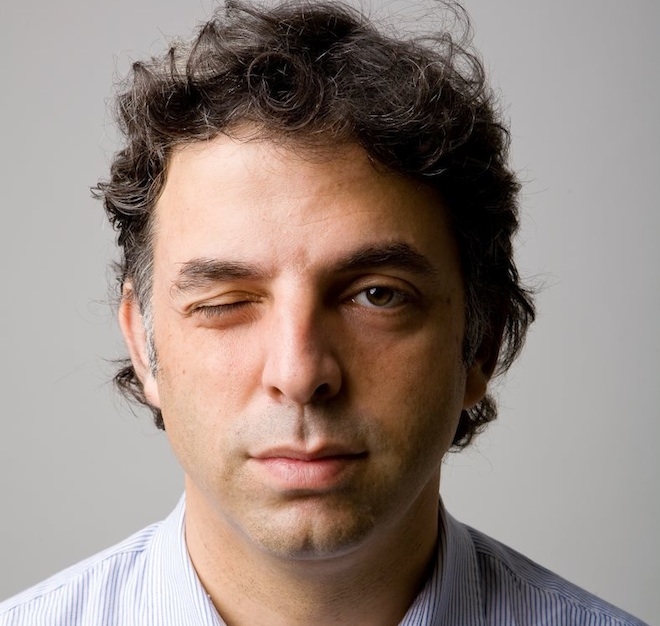 Israeli author Etgar Keret has been described by Clive James as 'one of the most important writers alive', by Salman Rushdie as 'A brilliant writer ...The voice of the next generation' and by the New York Times as 'A genius.' Keret is mainly celebrated for his short – often very short – stories, but he has also written graphic novels, and screenplays for film and television.

Etgar Keret joined us at the shop to read from and talk about his latest book The Seven Good Years (Granta), a darkly absurd memoir of the author's recent past that ruminates on everything from his three-year-old son's impending military service to the terrorist mindset behind 'Angry Birds', and whose anti-hero is a dogged telemarketer who seems likely to pursue Keret to, and possibly beyond, the grave. He was in conversation with the novelist Naomi Alderman, whose most recent novel The Liars' Gospel is published by Penguin.