Granada: The Light of Andalucía, with Steven Nightingale and Robert Irwin 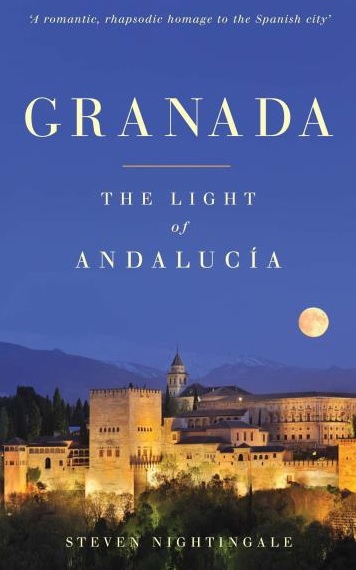 La Convivencia was a reality, and neither ISIS, nor Ferdinand and Isabella, can erase those 700 years of human achievement.

Steven Nightingale's Granada: The Light of Andalucía (Nicholas Brealey) is a rhapsodic celebration of one of Spain's most beautiful and fascinating cities, and his adoptive home. From the extraordinary flourishing of Granada under the Moors, when it became the effective cultural and philosophical capital of the known world, through the horrific ethnic cleansing of the 15th and 16th centuries, to the tragedy of Civil War and one of the city's most famous sons Federico GarcÍa Lorca in the 20th century, Nightingale's account is as captivating and digressive as the tangled streets of El Albayzín itself.

Steven Nightingale was in conversation with the historian of Arabic literature Robert Irwin, whose study of Granada's most famous landmark, The Alhambra, is published by Profile.