Hanif Kureishi in conversation with John Sutherland - Something To Tell You 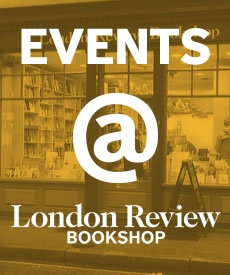 Hanif Kureishi’s Something to Tell You is a cogitation on psychoanalysis as well as a murder story. He appeared at the shop in conversation with John Sutherland, who described the book as 'unutterably moving, but with such comic vicissitudes that jokes leap out of the page to surprise like a punch in the solar-plexus'.After reading a montage of extracts from the novel and riffing on its themes, Kureishi fielded audience questions ranging from his thoughts on President Obama to whether novels have a use.