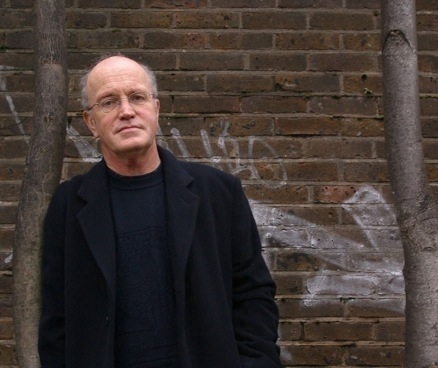 I take SPACE to be the central fact to man born in America... I spell it large because it comes large here, large and without mercy.

Iain Sinclair was at the shop to talk about American Smoke (Hamish Hamilton), the third part of a loose trilogy of topographical ruminations that began with Hackney: That Rose-red Empire and Ghost Milk. Following the traces of the writers of the American Beat generation – Kerouac, Burroughs, Charles Olson, Malcolm Lowry and more – Sinclair made a journey across the Mexico and the United States, taking in the Old West, volcanoes, murder, and a good deal else besides.

Sinclair was in conversation with Gareth Evans. Their discussion covered the process of interviewing Garry Snyder, the legend of Prince Henry Sinclair and William Burroughs' Nazi spectacles.

Iain Sinclair will be returning to the Bookshop on 15 July in conversation with Gruff Rhys. Book tickets here.