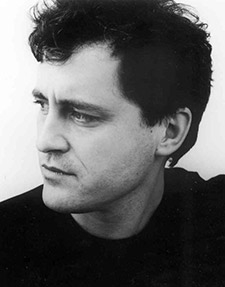 Poet, novelist, short story writer and journalist Manuel Rivas was born in A Coruña in 1957 and writes in Galician, finally one of Spain’s five official languages. His work is deeply embedded in the landscape, folklore and history of Galicia, but has a universal resonance that has led to him being recognised as one of Europe’s leading contemporary writers. Rivas came to the shop to discuss his latest novel, Books Burn Badly, which explores the burning of books by Falangists at A Coruña docks in the opening months of the Spanish Civil War. After giving a typically flamboyant and absorbing reading, he talked about his work with Jonathan Dunne, who has translated several of his books into English.