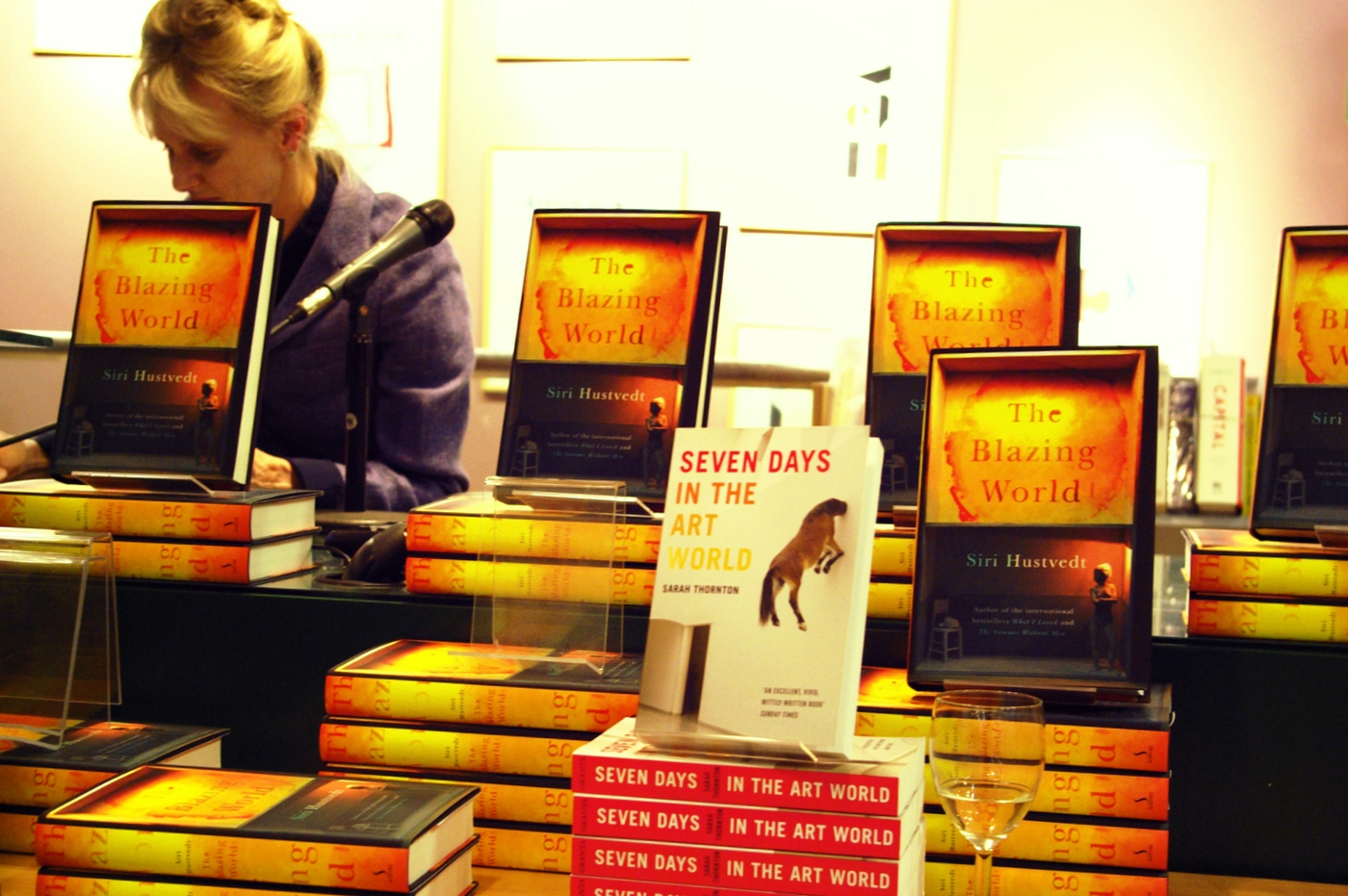 Art is like sex. If you don't relax, you won't enjoy it.

In Siri Hustvedt’s latest novel The Blazing World (Sceptre) artist Harriet Burden, consumed by fury at the lack of recognition she has received from the New York art establishment, embarks on an experiment: she hides her identity behind three male fronts who exhibit her work as their own, to universal acclaim. ‘All intellectual endeavours’ Burden herself remarks pugnaciously at the novel’s opening ‘fare better in the mind of the crowd when the crowd knows that somewhere behind the great work … it can locate a cock and a pair of balls.’

Siri Hustvedt was joined in conversation by the art critic Sarah Thornton, author of Seven Days in the Art World. The pair discussed the book's themes of art, gender bias and subterfuge, lighting upon neuroscience, the nature of celebrity and wine-tasting along the way.