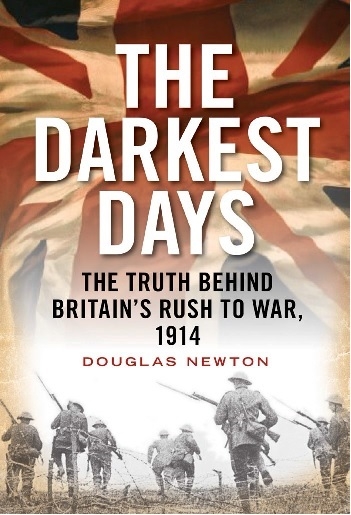 'The anniversary year has seen the resurgence of a kind of jingo narrative of Britain's road to war in 1914... We've had a wave of attempts to remove the futility and pathos from the popular memory of Britain's war, to restore a sense of victory.'

As the world commemorates the centenary of the outbreak of the Great War historian Douglas Newton recounts the hidden history of Britain’s decision to enter the conflict. Drawing on a wealth of archival material, including the private papers and correspondence of leading politicians of the time, Newton pays particular attention to the widespread and vehement opposition to the war, both inside parliament and in the country at large, and reveals how Asquith, Edward Grey and Winston Churchill colluded, against the wishes and instincts of many of their parliamentary colleagues, to bring the country into the war, by any means necessary.

Douglas Newton was in conversation with Christopher Clark, author of The Sleepwalkers, on 4 August, the hundredth anniversary of Britain's declaration of war on Germany.