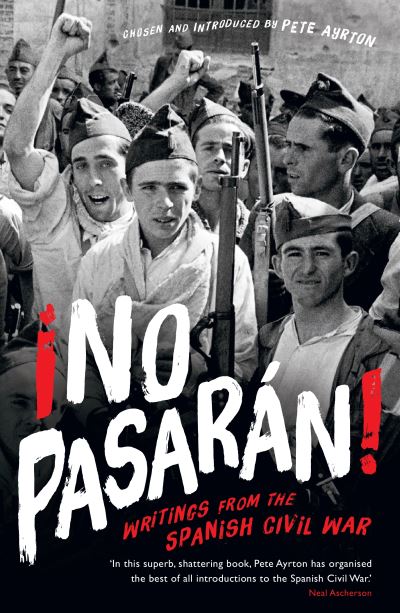 The Spanish Civil War captured the imaginations of writers and readers around the world. !No Pasaran! collects thirty-eight of the most vivid, poignant stories to come out of the conflict, by writers from across the political, geographical and artistic spectrum. The writers include celebrated international figures such as Jean-Paul Sartre, Leonardo Sciascia and Victor Serge and well known British and American observers such as George Orwell, Gamel Woolsey, Langston Hughes and Muriel Rukeyser. Uniquely, where previous collections privileged the writings of the International Brigades, !No Pasaran! draws most heavily on writers from Spain itself - including Merce Rodoreda, Javier Cercas and Luis Bunuel.

!No Pasaran! is the essential anthology of Spain's Civil War writing, and allows the reader to witness life and death, hope and despair at the front lines of one of the century's most bitter wars.