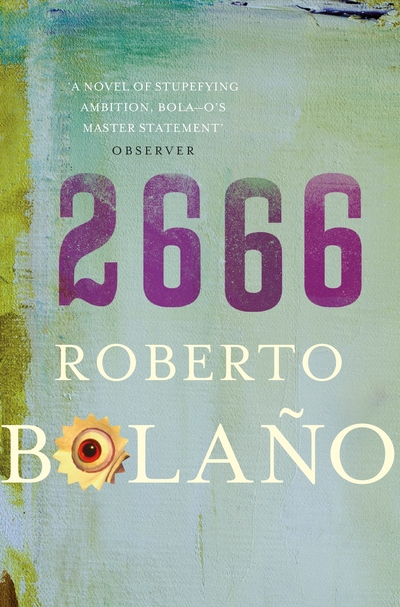 Written with burning intensity in the last years of Roberto Bolano's life, 2666 has been hailed across the world as the great writer's masterpiece, surpassing everything in imagination, beauty and scope. It is a novel on an astonishing scale from a passionate visionary.

Santa Teresa, on the Mexico-US border: an urban sprawl that draws lost souls to it like a vortex. Convicts and academics find themselves here, as does an American sportswriter, a teenage student with her widowed father, and a reclusive, 'missing' author. But there is a darker side to the town. As in the real town of Juarez, on which Santa Teresa is based, girls and women are disappearing at an alarming rate . . .

As 2666 progresses, as the sense of conspiracy grows, as the shadow of the apocalypse draws closer, Santa Teresa becomes an emblem of the corruption, violence and decadence of twentieth-century European history.