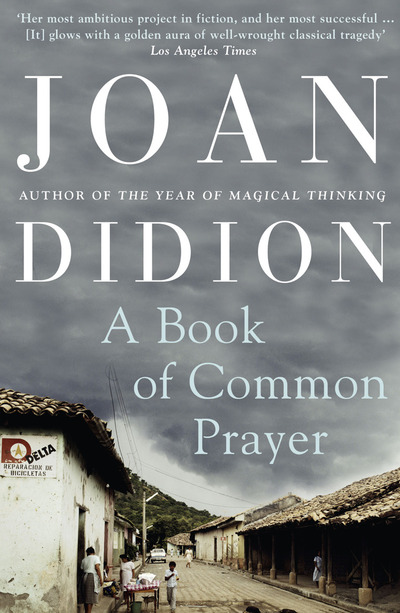 A Book of Common Prayer

An engrossing examination of political and personal life in Central America, from the award-winning author of The Year of Magical Thinking. Writing with the economical swiftness and concentrated perception that has made her one of America's most distinguished writers, Joan Didion creates a gleaming novel of innocence and evil. Set in the ruined Central American nation of Boca Grande, A Book of Common Prayer is the story of two American women and their conflicting experiences of wealth, politics and personal history. We follow the intriguing life of Grace Strasser-Mendana - an American expatriate and member of one of Boca Grande's most influential families - alongside the story of Charlotte Douglas, whose daughter Medin has run off with a group of Marxist radicals. What follows is an exploration of the women's ability to make sense of the behaviour that surrounds them, as their worlds are made hazy by the atmosphere of evil and innocence that envelops their strained and entangled lives. Writing with her inimitable mix of candid emotional frankness and razor-sharp political astuteness, Joan Didion's third novel is at once utterly particular whilst emblematic of an age of unscrupulous authority and seemingly inevitable bloodshed.