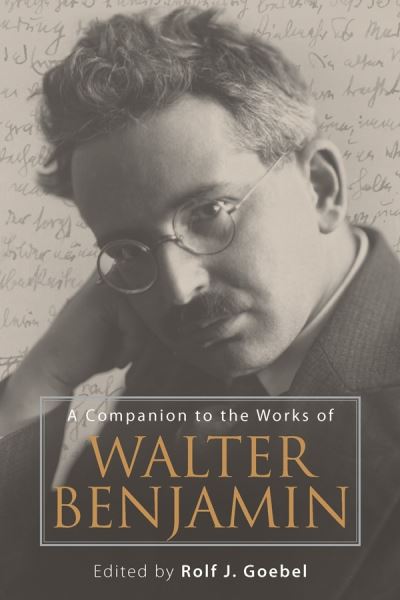 A Companion to the Works of Walter Benjamin

Walter Benjamin (1892-1940) has emerged as one of the leading cultural critics of the twentieth century. His work encompasses aesthetics, metaphysical language and narrative theories, German literary history, philosophies of history, the intersection of Marxism and Messianic thought, urban topography, and the development of photography and film. Benjamin defined the task of the critic as one that blasts endangered moments of the past out of the continuum of history so that they attain new significance. This volume of new essays employs this principle of actualization as its methodological program in offering a new advanced introduction to Benjamin's own work. The essays analyze Benjamin's central texts, themes, terminologies, and genres in their original contexts while simultaneously situating them in new parameters, such as contemporary media, memory culture, constructions of gender, postcoloniality, and theories of urban topographies. The Companion brings together an international group of established and emerging scholars to explicate Benjamin's actuality from a multidisciplinary perspective. Designed for audiences interested in literary criticism, cultural studies, and neighboring disciplines, the volume serves as a stimulus for new debates about Benjamin's intellectual legacy today.

Rolf J. Goebel is Distinguished Professor of German and Chair of the Department of World Languages and Cultures at the University of Alabama in Huntsville.