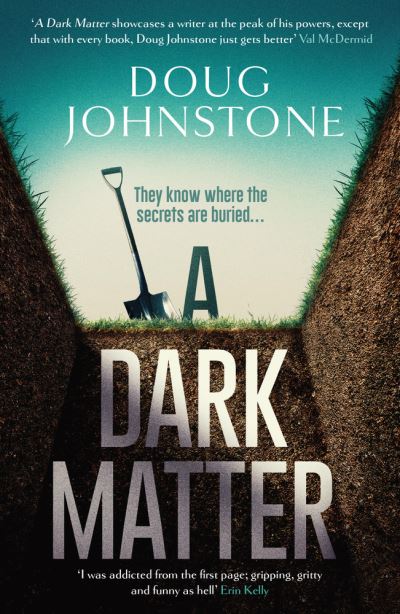 Three generations of women from the Skelfs family take over the family funeral home and PI businesses in the first book of a taut, gripping page-turning and darkly funny new series. ***Shortlisted for the McIlvanney Prize for Best Scottish Crime Book of the Year*** ***Shortlisted for the Amazon Publishing Capital Crime Awards*** 'An engrossing and beautifully written tale that bears all the Doug Johnstone hallmarks in its warmth and darkly comic undertones' Herald Scotland 'Gripping and blackly humorous' Observer 'I was addicted from the first page; gripping, gritty and darkly funny as hell' Erin Kelly 'A Dark Matter showcases a writer at the peak of his powers, except that with every book, Doug Johnstone just gets better' Val McDermid _________________ Meet the Skelfs: well-known Edinburgh family, proprietors of a long-established funeral-home business, and private investigators... When patriarch Jim dies, it's left to his wife Dorothy, daughter Jenny and granddaughter Hannah to take charge of both businesses, kicking off an unexpected series of events. Dorothy discovers mysterious payments to another woman, suggesting that Jim wasn't the husband she thought he was. Hannah's best friend Mel has vanished from university, and the simple adultery case that Jenny takes on leads to something stranger and far darker than any of them could have imagined. As the women struggle to come to terms with their grief, and the demands of the business threaten to overwhelm them, secrets from the past emerge, which change everything... A compelling, tense and shocking thriller and a darkly funny and warm portrait of a family in turmoil, A Dark Matter introduces a cast of unforgettable characters, marking the start of an addictive new series. _________________ 'A fiendish mystery that is also deeply moving and laced with suitably dark humour ... set to be one of the books of the year' Mark Billingham 'Emotionally complex, richly layered and darkly funny. An addictive blend of Case Histories and Six Feet Under' Chris Brookmyre 'This dark but touching thriller makes for a thoroughly enjoyable slice of Edinburgh noir' Mary Paulson-Ellis 'This enjoyable mystery is also a touching and often funny portrayal of grief, as the three tough but tender main characters pick up the pieces and carry on: more, please' Guardian 'A tense ride ... strong, believable characters' Kerry Hudson, Big Issue 'They are all wonderful characters: flawed, funny, brave - and well set up for a series. I wouldn't call him cosy, but there's warmth to Johnstone's writing' Sunday Times