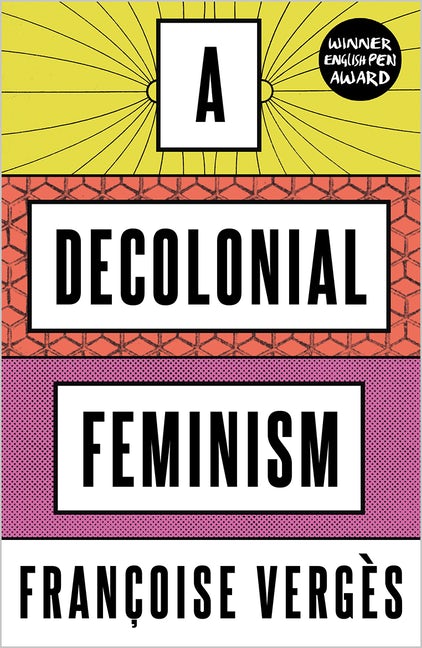 For too long feminism has been co-opted by the forces they seek to dismantle. In this powerful manifesto, Francoise Verges argues that feminists should no longer be accomplices of capitalism, racism, colonialism and imperialism: it is time to fight the system that created the boss, built the prisons and polices women's bodies.

A Decolonial Feminism grapples with the central issues in feminist debates today: from Eurocentrism and whiteness, to power, inclusion and exclusion. Delving into feminist and anti-racist histories, Verges also assesses contemporary activism, movements and struggles, including #MeToo and the Women's Strike.

Centring anticolonialism and anti-racism within an intersectional Marxist feminism, the book puts forward an urgent demand to free ourselves from the capitalist, imperialist forces that oppress us.

Translated by Ashley J. Bohrer with the author.