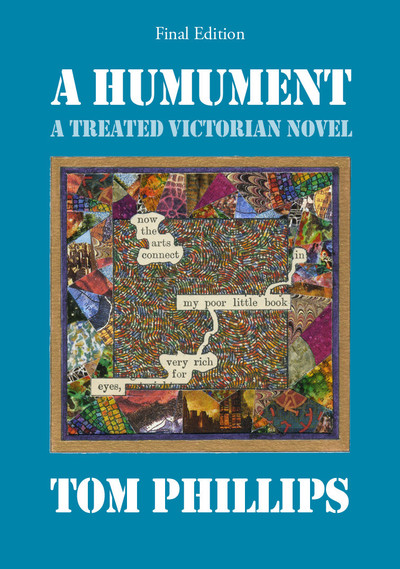 In 1966 the artist Tom Phillips discovered A Human Document (1892), an obscure Victorian romance by W.H. Mallock, and set himself the task of altering every page, by painting, collage or cut-up techniques, to create an entirely new version. Some of Mallock's original text remains in tact and through the illustrated pages the character of Bill Toge, Phillips's anti-hero, and his romantic plight emerges.
First published in 1973, A Humument - as Phillips titled his altered book - quickly established itself as a cult classic. Since then, the artist has been working towards a complete revision of his original, adding new pages in successive editions. That process is now finished. This 50th anniversary edition presents, for the first time, an entirely new and complete version of A Humument .
This edition includes a revised Introduction by the artist, reflecting on the last 50 years' work on this project, and 92 new illustrated pages. A Special Limited edition is also available: this presents a copy of the 50th anniversary edition in a clamshell box with a limited-edition print, signed by the artist.