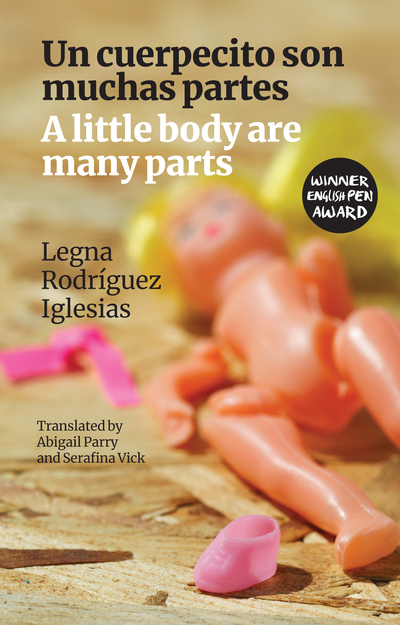 A little body are many parts

Legna Rodriguez Iglesias has quickly become one of the most celebrated Cuban poets writing today. Her intense - often confrontational - poetry refuses to conform, subverting expectations and challenging social mores. Particularly arresting is her uncomfortable focus on the human body, which she dramatises in isolation, stripping it of context, making it strange and even obscene. Alongside poems of extreme descriptive vigour, Rodriguez Iglesias irreverently skewers the hypocrisies, cliches and hierarchies of our time. This selection offers a broad survey of Rodriguez Iglesias's work, drawing on eight previous collections in Spanish. Throughout, the poems are inflected with Cuban history and explore the tensions between the generation of the Revolution and her own. The consequences of poet's long-term residence in Miami are forcefully brought home through poems of emigration and estrangement. The playfulness and verbal dexterity that marks Rodriguez Iglesias's work in Spanish has been expertly brought to life in English by Abigail Parry, an award-winning poet whose debut collection Jinx was published by Bloodaxe in 2018, working in collaboration with bridge-translator and writer Serafina Vick.