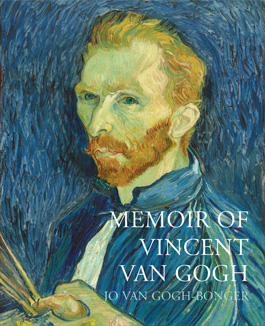 A Memoir of Vincent Van Gogh

Vincent van Gogh's short, passionate life was driven by an almost unimaginable creative energy that eventually overwhelmed him. The outlines of his story - the early strivings in Holland and Paris, the revelatory impact of the move to Provence, the attacks of madness that led ineluctably to his suicide - are almost as familiar as the paintings. Yet it is more than possible that neither the paintings nor Van Gogh's story would have survived at all if it had not been for his remarkable sister in law, Jo van Gogh-Bonger. After Vincent's death and that of her husband, his brother Theo, Jo devoted her life to preserving and exhibiting the paintings, and editing the letters. It is in her short and unaccountably neglected biography that we can come closest to Vincent the man.