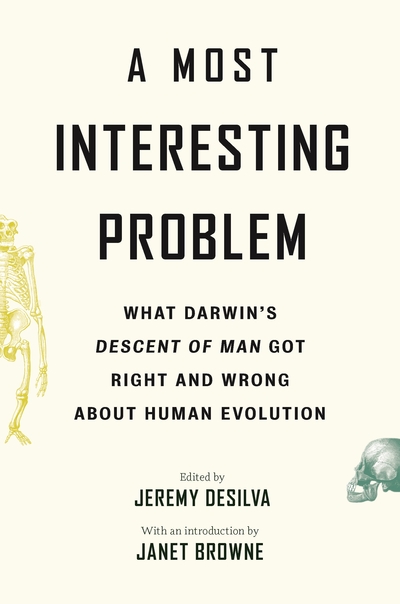 A Most Interesting Problem

In 1871, Charles Darwin published The Descent of Man, a companion to Origin of Species in which he attempted to explain human evolution, a topic he called "the highest and most interesting problem for the naturalist." A Most Interesting Problem brings together twelve world-class scholars and science communicators to investigate what Darwin got right-and what he got wrong-about the origin, history, and biological variation of humans.

Edited by Jeremy DeSilva and with an introduction by acclaimed Darwin biographer Janet Browne, A Most Interesting Problem draws on the latest discoveries in fields such as genetics, paleontology, bioarchaeology, anthropology, and primatology. This compelling and accessible book tackles the very subjects Darwin explores in Descent, including the evidence for human evolution, our place in the family tree, the origins of civilization, human races, and sex differences.

A Most Interesting Problem is a testament to how scientific ideas are tested and how evidence helps to structure our narratives about human origins, showing how some of Darwin's ideas have withstood more than a century of scrutiny while others have not.