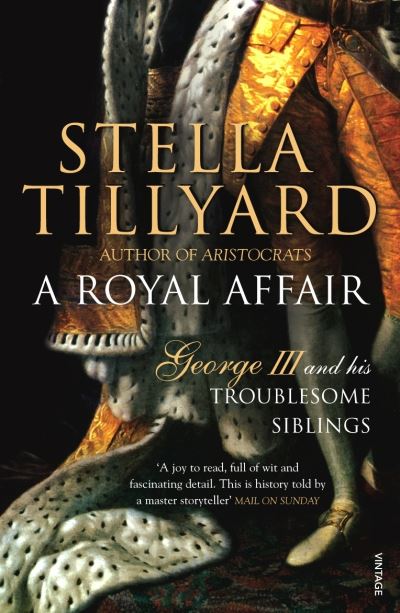 The young George III was a poignant figure, humdrum on the surface yet turbulent beneath: hiding his own passions, he tried hard to be a father to his siblings and his nation. This intimate, fast-moving book tells their intertwined stories. His sisters were doomed to marry foreign princes and leave home forever; his brothers had no role and too much time on their hands - a recipe for disaster.

At the heart of Tillyard's story is Caroline Mathilde, who married the mad Christian of Denmark in her teens, but fell in love with the royal doctor Struensee: a terrible fate awaited them, despite George's agonized negotiations. At the same time he faced his tumultuous American colonies. And at every step a feverish press pounced on the gossip, fostering a new national passion - a heated mix of celebrity and sex.