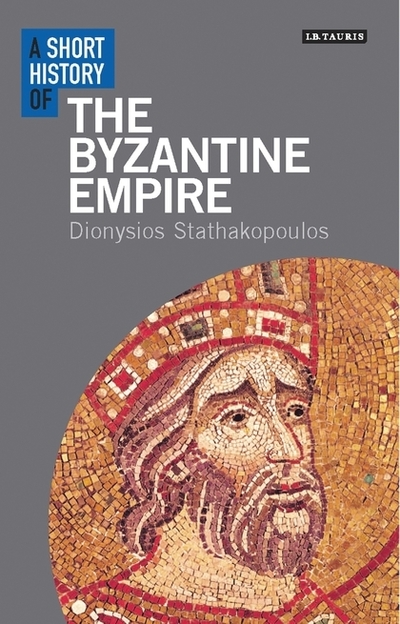 A Short History of the Byzantine Empire

The Byzantine Empire was one of the most impressive imperial adventures in history. It ruled much of Europe and Anatolia for a remarkable eleven hundred years. From Constantine I's establishment of Byzantium (renamed Constantinople) as his capital in 324 CE, until the fall of the city to the Ottomans in 1453, the Byzantine domain became a powerhouse of literature, art, theology, law and learning. Dionysios Stathakopoulos here tells a compelling story of military conquest, alliance and reversal, including the terrifying secret of Greek fire: of a state constantly at war, but not warlike, resorting wherever possible to a sophisticated diplomacy with its neighbours and enemies. Breaking with outdated notions of Byzantium as an unchanging, theocratic state, Stathakopoulos uses the most recent research to explore its political, economic, social and cultural history. He evokes the dynamism of a people whose story is one of astonishing resilience and adaptability; and whose legacy, whether it be the bronze horses of the Hippodrome, or the very term 'Byzantine', everywhere endures. His new short history embraces individuals like Justinian I, the powerful ruler who defeated the Ostrogoths in Italy and oversaw construction of Hagia Sofia (completed in 537); his notorious queen Theodora, a courtesan who rose improbably to the highest office of imperial first lady; the charismatic but cuckolded general Belisarios; and the religious leaders Arius and Athanasios, whose conflicting ideas about Christ and doctrine shook the Empire to its core.