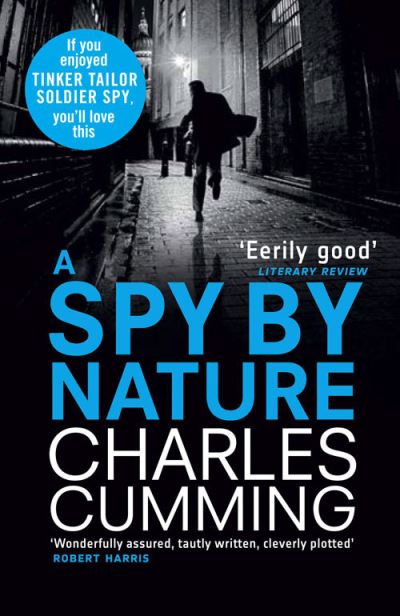 A Spy by Nature

For fans of TINKER TAILOR SOLDIER SPY comes this masterclass in suspense about a spy caught up in his own web of deception... Alec Milius is young, smart and ambitious - with a talent for deception. When a chance encounter opens the door to a career with MI6, he is desperate to make his mark. But life as a spy begins to take a terrible toll on himself and those around him, and soon Alec is chasing not just success but survival. Forced to work alone, he spins a web of deceit that traps him centre stage in a game of global espionage. In this new job, the difference between truth and a lie can be a matter of life and death. And for Alec, it's getting harder to tell them apart... A Spy By Nature is the bestselling novel with which Charles Cumming announced his arrival as heir apparent to masters like John le Carre and Len Deighton; compellingly told, utterly authentic and heart-racingly intense, it will grip you till the very last page.