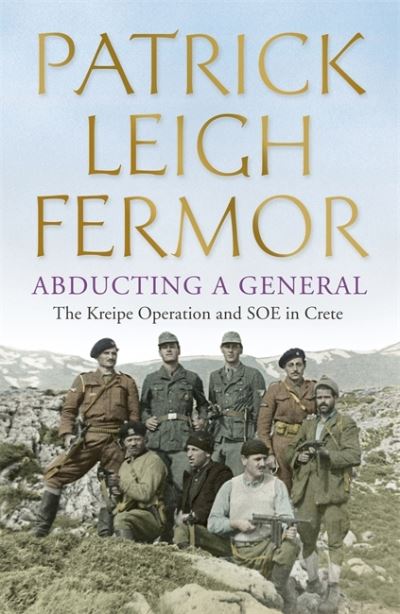 A daring behind-enemy-lines mission from the author of A Time of Gifts and The Broken Road, who was once described by the BBC as 'a cross between Indiana Jones, James Bond and Graham Greene'. Although a story often told, this is the first time Patrick Leigh Fermor's own account of the kidnapping of General Kriepe, has been published.

One of the greatest feats in Patrick Leigh Fermor's remarkable life was the kidnapping of General Kreipe, the German commander in Crete, on 26 April 1944. He and Captain Billy Moss hatched a daring plan to abduct the general, while ensuring that no reprisals were taken against the Cretan population. Dressed as German military police, they stopped and took control of Kreipe's car, drove through twenty-two German checkpoints, then succeeded in hiding from the German army before finally being picked up on a beach in the south of the island and transported to safety in Egypt on 14 May.

Abducting a General is Leigh Fermor's own account of the kidnap, published for the first time. Written in his inimitable prose, and introduced by acclaimed Special Operations Executive historian Roderick Bailey, it is a glorious first-hand account of one of the great adventures of the Second World War. Also included in this book are Leigh Fermor's intelligence reports, sent from caves deep within Crete yet still retaining his remarkable prose skills, which bring the immediacy of SOE operations vividly alive, as well as the peril which the SOE and Resistance were operating under; and a guide to the journey that Kreipe was taken on, as seen in the 1957 film Ill Met by Moonlight starring Dirk Bogarde, from the abandonment of his car to the embarkation site so that the modern visitor can relive this extraordinary event.