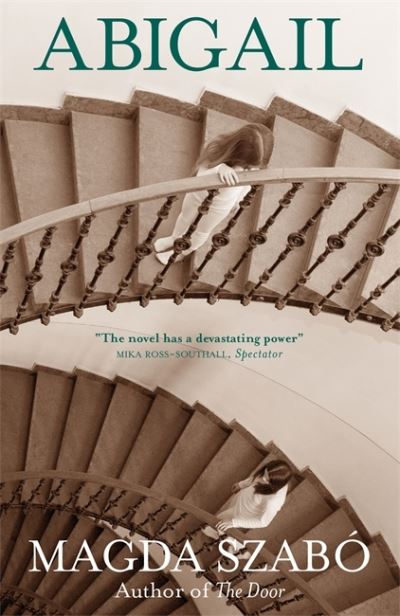 A teenage girl's difficult journey towards adulthood in a time of war."A school story for grownups that is also about our inability or refusal to protect children from history" SARAH MOSS"Of all Szabo's novels, Abigail deserves the widest readership. It's an adventure story, brilliantly written" TIBOR FISCHEROf all her novels, Magda Szabo's Abigail is indeed the most widely read in her native Hungary. Now, fifty years after it was written, it appears for the first time in English, joining Katalin Street and The Door in a loose trilogy about the impact of war on those who have to live with the consequences. It is late 1943 and Hitler, exasperated by the slowness of his Hungarian ally to act on the "Jewish question" and alarmed by the weakness on his southern flank, is preparing to occupy the country. Foreseeing this, and concerned for his daughter's safety, a Budapest father decides to send her to a boarding school away from the capital. A lively, sophisticated, somewhat spoiled teenager, she is not impressed by the reasons she is given, and when the school turns out to be a fiercely Puritanical one in a provincial city a long way from home, she rebels outright. Her superior attitude offends her new classmates and things quickly turn sour.It is the start of a long and bitter learning curve that will open her eyes to her arrogant blindness to other people's true motives and feelings. Exposed for the first time to the realities of life for those less privileged than herself, and increasingly confronted by evidence of the more sinister purposes of the war, she learns lessons about the nature of loyalty, courage, sacrifice and love.Translated from the Hungarian by Len Rix