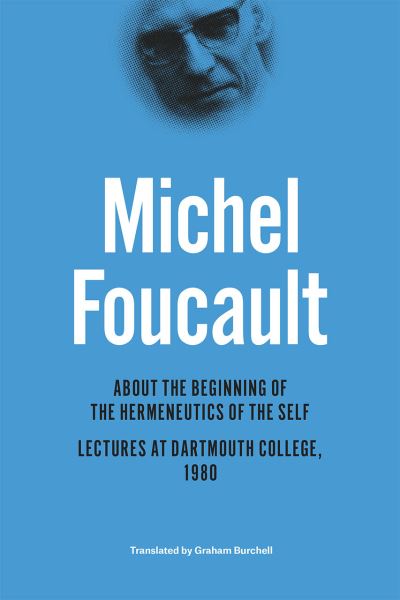 About the Beginning of the Hermeneutics of the Self

In 1980, Michel Foucault began a vast project of research on the relationship between subjectivity and truth, an examination of conscience, confession, and truth-telling that would become a crucial feature of his life-long work on the relationship between knowledge, power, and the self. The lectures published here offer one of the clearest pathways into this project, contrasting Greco-Roman techniques of the self with those of early Christian monastic culture in order to uncover, in the latter, the historical origin of many of the features that still characterize the modern subject. They are accompanied by a public discussion and debate as well as by an interview with Michael Bess, all of which took place at the University of California, Berkeley, where Foucault delivered an earlier and slightly different version of these lectures. Foucault analyzes the practices of self-examination and confession in Greco-Roman antiquity and in the first centuries of Christianity in order to highlight a radical transformation from the ancient Delphic principle of "know thyself" to the monastic precept of "confess all of your thoughts to your spiritual guide." His aim in doing so is to retrace the genealogy of the modern subject, which is inextricably tied to the emergence of the "hermeneutics of the self"-the necessity to explore one's own thoughts and feelings and to confess them to a spiritual director-in early Christianity. According to Foucault, since some features of this Christian hermeneutics of the subject still determine our contemporary "gnoseologic" self, then the genealogy of the modern subject is both an ethical and a political enterprise, aiming to show that the "self" is nothing but the historical correlate of a series of technologies built into our history. Thus, from Foucault's perspective, our main problem today is not to discover what "the self" is, but to try to analyze and change these technologies in order to change its form.