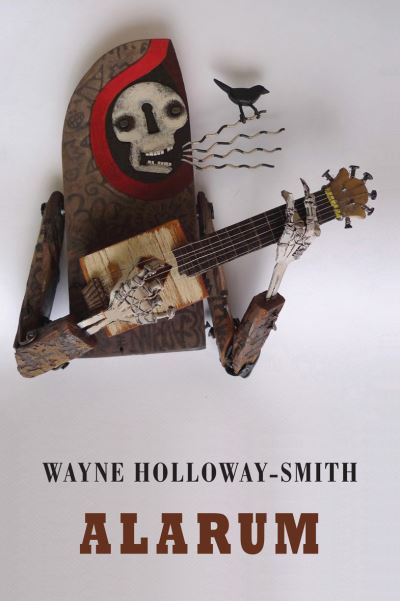 The mischievous and often dark world of Wayne Holloway-Smith's first collection Alarum exists in the space between the peculiar thought and its dismissal. It is a place in which commonsense is unfixed, where the imagination disrupts notions of stability. 'A single crow falling from the mind' of the poet is something awkward left at our feet, and the 'air itself' is the voice of skewered unease. The complexities of life are jolted awake throughout this fearlessly inventive debut, as loss arrives played by Joseph Gordon-Levitt in a movie, the risk of romance is understood as the filling in a sandwich, and anxieties are found hunkered in bushes, blooming behind the wallpaper, and in the bursting of balloons.