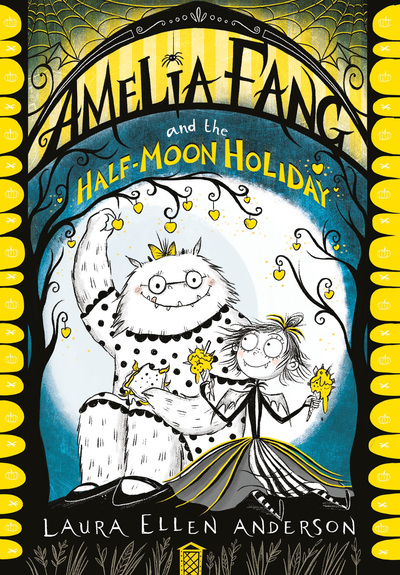 Amelia Fang and the Half-Moon Holiday

The bravest little vampire in the kingdom

It’s the half-moon holidays in gloomy Nocturnia which means no school for Amelia and her friends! Instead they are going to spend it with their Rainbow Rangers troop, (lead by unicorns Ricky and Graham) earning badges on Sugar Plum Island.

But whilst exploring, Amelia and the gang stumble upon an ancient curse – and are shrunk to the size of bugs! How will they make the bloodcurdlingly BIG journey to break the curse when they are all so very TINY?

Sink your teeth into Amelia’s other howlingly hilarious adventures:

Amelia Fang is perfect for readers of 7+ and fans of Witch Wars, The Worst Witch and Isadora Moon