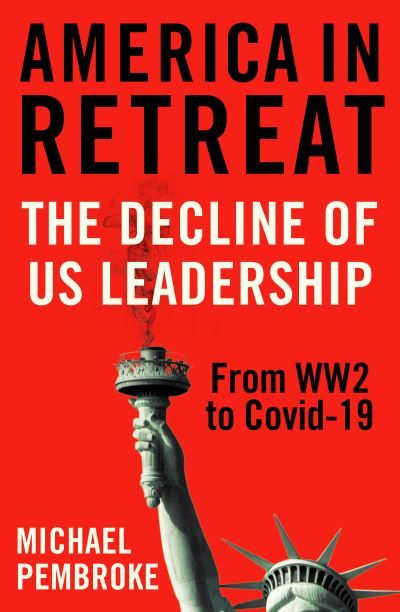 The story of how America turned its back on the world... In the heady days after 1945, the authority of the United States was unrivalled and, with the founding of the UN, a new era of international co-operation seemed to have begun. But seventy-five years later, its influence has already diminished. The world has now entered a post-American era, argues Michael Pembroke, defined by a flourishing Asia and the ascendancy of China, as much as by the decline of the United States. This book is a short history of that decline; how high standards and treasured principles were ignored; how idealism was replaced by hubris and moral compromise; and how adherence to the rule of law became selective. It is also a look into the future - a future dominated by greater Asia and China in particular. We are in the midst of the third great power shift in modern history - from Europe to America to Asia. Covering wars in Korea, Vietnam, Iraq and Afghanistan, interventions in Iran, Guatemala and Chile, and a retreat from international engagement with the UN, WHO and, increasingly, trade agreements, Pembroke sketches the history of America's retreat from universal principles to provide a clear-eyed analysis of the dangers of American exceptionalism.