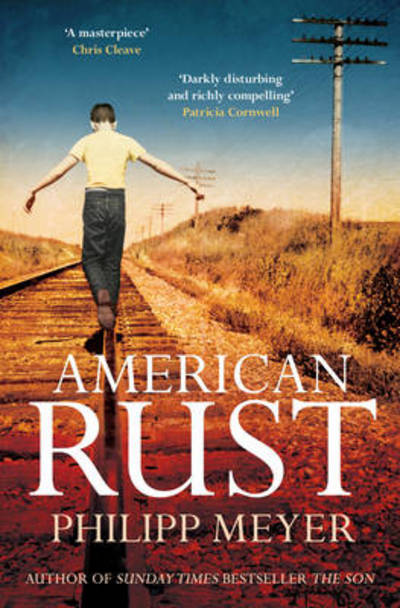 An American voice reminiscent of Steinbeck - a debut novel on friendship, loyalty, and love, centering on a murder in a dying Pennsylvania steel town, from the bestselling author of THE SON, now a major TV series.

Isaac is the smartest kid in town, left behind to care for his sick father after his mothercommitssuicide and his sisterLee moves away. Now Isaac wants out too. Not even his best friend, Billy Poe, can stand in his way: broad-shouldered Billy, always ready for a fight, still living in his mother's trailer. Then, on the very day of Isaac's leaving, something happens that changes the friends' fates and tests the loyalties of their friendship and those of their lovers, families, and the town itself.

Evoking John Steinbeck's novels of restless lives during the Great Depression, American Rust is an extraordinarily moving novel about the bleak realities that battle our desire for transcendance, and the power of love and friendship to redeem us.

'A startlingly mature and impressive debut' KATE ATKINSON
'Darkly disturbing and darkly compelling' PATRICIA CORNWELL
'Written with considerable dramatic intensity and pace' Colm Toibin
'A masterpiece. The best book to come out of America since The Road' CHRIS CLEAVE