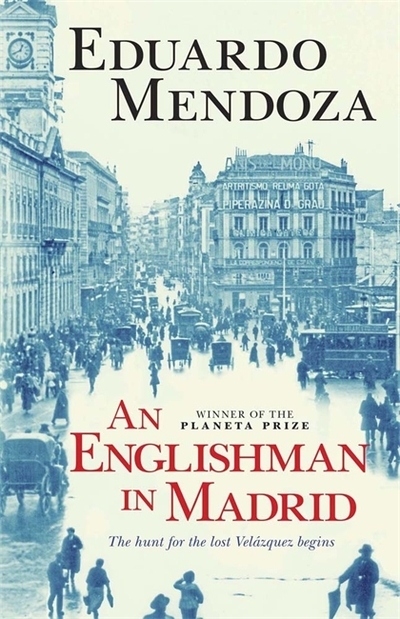 An Englishman in Madrid

Anthony Whitelands, an English art historian, is invited to Madrid to value the collection of a Spanish duke. At a welcome lunch he encounters Jose Antonio Primo de Rivera, founder and leader of the Falange, a nationalist party whose antics are bringing the country ever closer to civil war. The paintings turn out to be worthless, but before Whitelands can leave for London the duke's daughter Paquita reveals a secret and genuine treasure, held for years in the cellars of her ancestral home. Afraid that the duke will cash in his wealth to finance the Falange, the Spanish authorities resolve to keep a close eye on the Englishman, who is also being watched by his own embassy. As Whitelands - ever the fool for a pretty face - vies with Primo de Rivera for Paquita's affections, he learns of a final interested party: Madrid is crawling with Soviet spies, and Moscow will stop at nothing to secure the hidden prize.