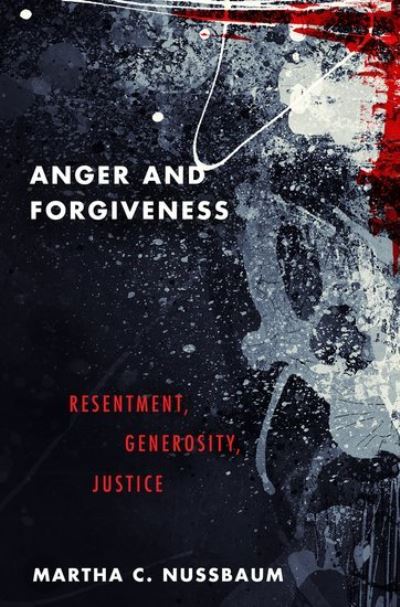 Anger is not just ubiquitous, it is also popular. Many people think it is impossible to care sufficiently for justice without anger at injustice. Many believe that it is impossible for individuals to vindicate their own self-respect or to move beyond an injury without anger. To not feel anger in those cases would be considered suspect. Is this how we should think about anger, or is anger above all a disease, deforming both the personal and the political? In this wide-ranging book, Martha C. Nussbaum, one of our leading public intellectuals, argues that anger is conceptually confused and normatively pernicious. It assumes that the suffering of the wrongdoer restores the thing that was damaged, and it betrays an all-too-lively interest in relative status and humiliation. Studying anger in intimate relationships, casual daily interactions, the workplace, the criminal justice system, and movements for social transformation, Nussbaum shows that anger's core ideas are both infantile and harmful. Is forgiveness the best way of transcending anger? Nussbaum examines different conceptions of this much-sentimentalized notion, both in the Jewish and Christian traditions and in secular morality. Some forms of forgiveness are ethically promising, she claims, but others are subtle allies of retribution: those that exact a performance of contrition and abasement as a condition of waiving angry feelings. In general, she argues, a spirit of generosity (combined, in some cases, with a reliance on impartial welfare-oriented legal institutions) is the best way to respond to injury. Applied to the personal and the political realms, Nussbaum's profoundly insightful and erudite view of anger and forgiveness puts both in a startling new light.