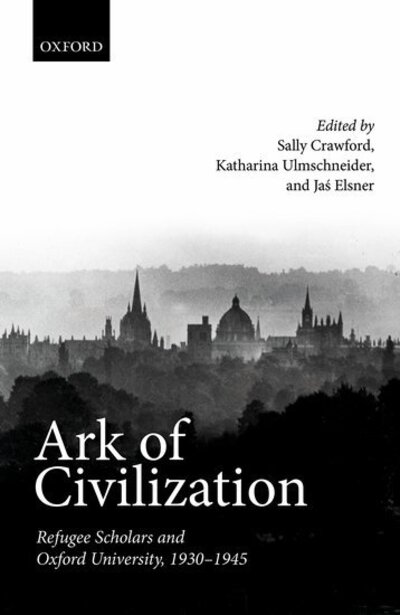 In the opening decades of the twentieth century, Germany was at the cutting edge of arts and humanities scholarship across Europe. However, when many of its key thinkers - leaders in their fields in classics, philosophy, archaeology, art history, and oriental studies - were forced to flee to England following the rise of the Nazi regime, Germany's loss became Oxford's gain. From the mid-1930s onwards, Oxford could accurately be described as an 'ark of knowledge' of western civilization: a place where ideas about art, culture, and history could be rescued, developed, and disseminated freely. The city's history as a place of refuge for scientists who were victims of Nazi oppression is by now familiar, but the story of its role as a sanctuary for cultural heritage, though no less important, has received much less attention. In this volume, the impact of Oxford as a shelter, a meeting point, and a centre of thought in the arts and humanities specifically is addressed, by looking both at those who sought refuge there and stayed, and those whose lives intersected with Oxford at crucial moments before and during the war. Although not every great refugee can be discussed in detail in this volume, this study offers an introduction to the unique conjunction of place, people, and time that shaped Western intellectual history, exploring how the meeting of minds enabled by libraries, publishing houses, and the University allowed Oxford's refugee scholars to have a profound and lasting impact on the development of British culture. Drawing on oral histories, previously unpublished letters, and archives, it illuminates and interweaves both personal and global histories to demonstrate how, for a short period during the war, Oxford brought together some of the greatest minds of the age to become the custodians of a great European civilization.