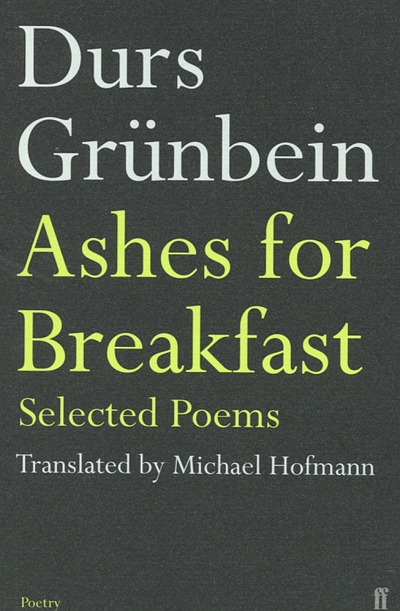 Born in Dresden in 1962, Durs Grunbein is the most significant and successful poet to emerge from the former East Germany, a place where, he wrote, 'the best refuge was a closed mouth.' In unsettling, often funny, sometimes savage lines whose vivid images reflect his deep love for and connection with the visual arts, Grunbein is reinventing German poetry and taking on the most pressing moral concerns of his generation. Brilliantly edited and translated by Michael Hofmann, The Selected Poems of Durs Grunbein introduces Germany's most highly acclaimed contemporary poet to a British audience. 'Grunbein is a truly cosmopolitan poet . . . creating poetry which, however subtly, participates in and facilitates Germany's sustained attempts to reconfigurating and redefining itself in post-Cold War Europe.' Michael Eskin, Times Literary Supplement