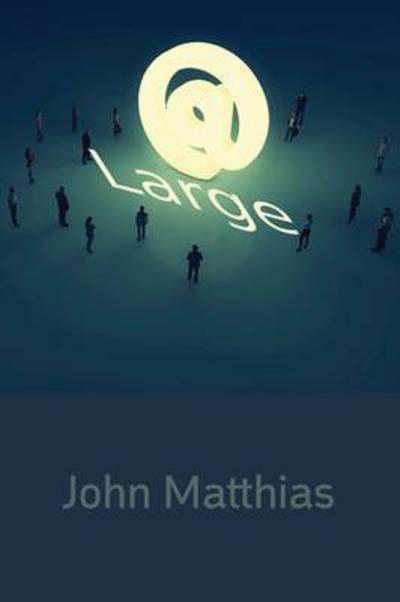 At Large takes its title from John Matthias' "Editor at Large" column published during the last decade in Notre Dame Review. The book is in some ways a sequel to his previous volume of essays and memoirs, Who Was Cousin Alice? And Other Questions (Shearsman Books, 2011). Like that book, At Large contains a series of personal essays, many of which also involve literary commentary, along with literary essays that retain the flavor of memoir. Subjects include memories of an early poetic apprenticeship, family history, backgrounds for his novel Different Kinds of Music (Shearsman, 2014), as well as longer and more formal pieces about "poetry of place"; the work of Basil Bunting, Tomas Transtromer, David Jones, Robert Duncan, and Hugh MacDiarmid; the fiction of poets; poetry in film and opera; and the literary dangers of finding "religious feeling" in texts that are really dealing with secular emotions. At Large also functions as a kind of anthology, reprinting excerpts, with Matthias' introduction, of John Peck's book-length poem Cantilena (Shearsman, 2016) and James Walton's unpublished novel The Progress of Romance. The book contains two interviews, the author's with Larry Siems, former free-speech trouble-shooter for American PEN and a former student, and Joe Francis Doerr's three-part conversation with the author. It is a book full of variety and surprises, one of them an illustrated lecture on the collaboration between screen siren Hedy Lemarr and avant-garde composer George Antheil as they appear in Matthias' poem-play, Automystifstical Plaice: A Spread Spectrum Cabaret.