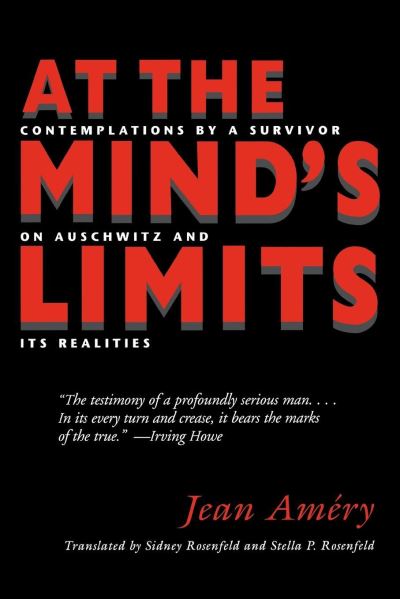 At the Mind's Limits

"These are pages that one reads with almost physical pain. . .all the way to its stoic conclusion." -Primo Levi"The testimony of a profoundly serious man. . . . In its every turn and crease, it bears the marks of the true." -Irving Howe, New Republic"This remarkable memoir. . .is the autobiography of an extraordinarily acute conscience. With the ear of a poet and the eye of a novelist, Amery vividly communicates the wonder of a philosopher-a wonder here aroused by the 'dark riddle' of the Nazi regime and its systematic sadism." -Jim Miller, Newsweek"Whoever has succumbed to torture can no longer feel at home in the world. The shame of destruction cannot be erased. Trust in the world, which already collapsed in part at the first blow, but in the end, under torture, fully, will not be regained. That one's fellow man was experienced as the antiman remains in the tortured person as accumulated horror. It blocks the view into a world in which the principle of hope rules. One who was martyred is a defenseless prisoner of fear. It is fear that henceforth reigns over him." -Jean AmeryAt the Mind's Limits is the story of one man's incredible struggle to understand the reality of horror. In five autobiographical essays, Amery describes his survival-mental, moral, and physical-through the enormity of the Holocaust. Above all, this masterful record of introspection tells of a young Viennese intellectual's fervent vision of human nature and the betrayal of that vision.