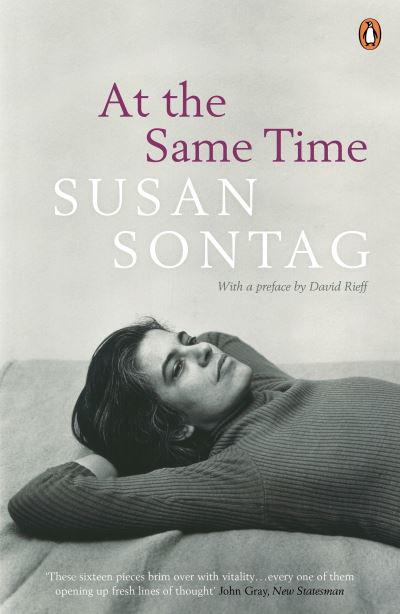 At the Same Time

With a preface by David Rieff.

The sixteen essays gathered here represent the last pieces written by Susan Sontag in the years before her ddath in 2004. Reflecting on literature, photography and art, post 9/11 America and political activism, these essays encompass the themes that dominated Sontag's life and work, revealing why she remains one of the twentieth century's preeminent writers and thinkers.

'These sixteen pieces brim over with vitality . . . every one of them opening up fresh lines of thought' John Gray, New Statesman

'Reads like a greatest-hits album - a little politics, something on photography, some lit. crit. - of Sontag's passions' Daily Telegraph

'Sontag's clear thinking . . . shines like a spotlight in dark places' The Times

One of America's best-known and most admired writers, Susan Sontag was also a leading commentator on contemporary culture until her death in December 2004. Her books include four novels and numerous works of non-fiction, among them Regarding the Pain of Others, On Photography, Illness as Metaphor, At the Same Time, Against Interpretation and Other Essays and Reborn: Early Diaries 1947-1963, all of which are published by Penguin. A further eight books, including the collections of essays Under the Sign of Saturn and Where the Stress Falls, and the novels The Volcano Lover and The Benefactor, are available from Penguin Modern Classics.