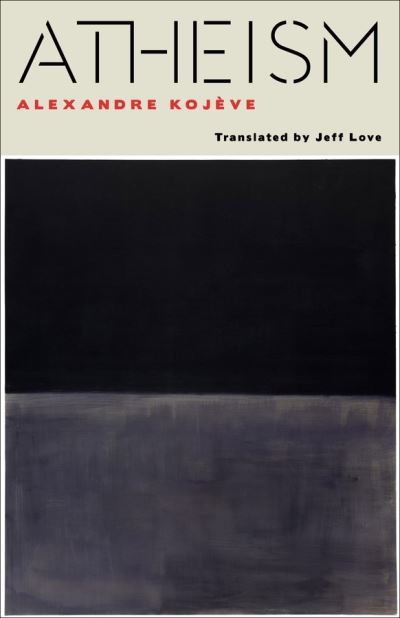 One of the twentieth century's most brilliant and unconventional thinkers, Alexandre Kojeve was a Russian emigre to France whose lectures on Hegel in the 1930s galvanized a generation of French intellectuals. Although Kojeve wrote a great deal, he published very little in his lifetime, and so the ongoing rediscovery of his work continues to present new challenges to philosophy and political theory. Written in 1931 but left unfinished, Atheism is an erudite and open-ended exploration of profound questions of estrangement, death, suicide, and the infinite that demonstrates the range and the provocative power of Kojeve's thought.

Ranging across Heidegger, Buddhism, Christianity, German idealism, Russian literature, and mathematics, Kojeve advances a novel argument about freedom and authority. He investigates the possibility that there is not any vantage point or source of authority-including philosophy, science, or God-that is outside or beyond politics and the world as we experience it. The question becomes whether atheism-or theism-is even a meaningful position since both affirmation and denial of God's existence imply a knowledge that seems clearly outside our capacities. Masterfully translated by Jeff Love, this book offers a striking new perspective on Kojeve's work and its implications for theism, atheism, politics, and freedom.