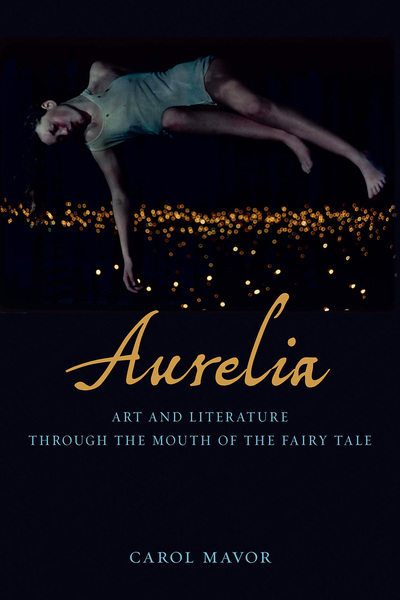 In the eighteenth century the members of London's Society of Aurelians were butterfly collectors. The term 'Aurelian' relates to the chrysalis, and the golden colour it can display before the butterfly emerges. As a twenty-first-century Aurelian, Carol Mavor collects fairy tales old and new and awakens them out of their chrysalises: like slumbering Snow Whites in caskets of gold and glass; like Briar Roses in tangles of branches and thorns. In Aurelia, Mavor takes special interest in the fairy tale's gastronomy, including Alice's Wonderland cake marked eat me, the sugar of the witch's house in 'Hansel and Gretel' and the more disturbing ingestions of cannibalism, as in the Brothers Grimm's 'The Juniper Tree', where a murdered boy sings through the mouth of a bird: 'My mother she killed me. My father he ate me.' Moving beyond this, Mavor discovers the fairy-tale realm in more surprising places: the tragic candy-land poetry of the 1950s 'genius' child-poet Minou Drouet; the subterranean world of enchantment in the cave paintings of Lascaux; the brown fairies of African American poet Langston Hughes; and Miwa Yanagi's black-and-white, bloody photograph of the Grandmother and Little Red Riding Hood holding one another in the cut open belly of the wolf, as an allegory of the victims of Hiroshima. Through the lens of the fairy tale Mavor reads the world of literature and art as both magical and political.