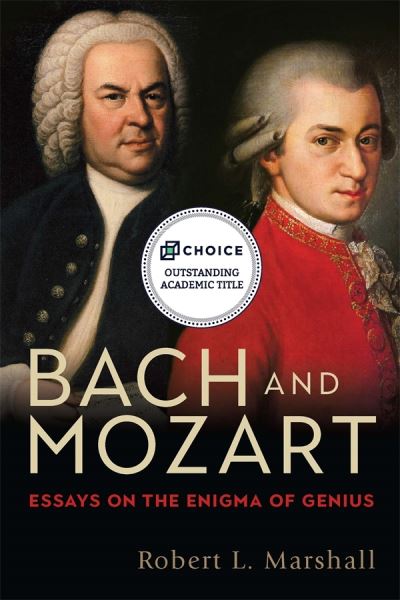 The essays in this volume, by one of America's leading authorities on Bach and Mozart, serve a single objective: to promote a deeper understanding of those two great composers both as supremely gifted creators and as human beings. Author Robert L. Marshall draws on a diverse range of interpretive strategies including both textual and musical criticism. Life and work are treated together, just as they were intermingled for the composers.

After a preliminary historiographical contemplation of the "Century of Bach and Mozart," fifteen numbered chapters follow in roughly chronological succession. Among the issues addressed: the artistic consequences of Bach's orphanhood, his relationship to Martin Luther, his attitude toward Jews, his relationship to his sons, the stages of his stylistic development, and his position in the history of music; and, moving to Mozart, the composer's portrayal in Amadeus, his wit, his indebtedness to J. S. Bach, and aspects of his compositional process.

The volume concludes with a factually informed speculation about what Mozart is likely to have done and to have composed, had he lived on for another decade or more.