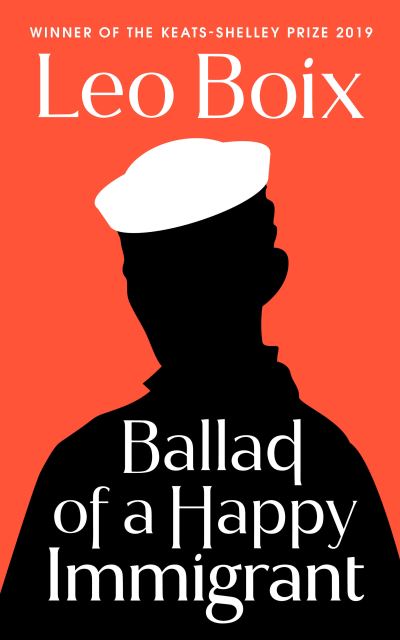 Ballad of a Happy Immigrant

'It isn't often that one encounters a sensibility so interested in our world - and so compelling in its powers of attentiveness. Leo Boix's poetry has a wide tilt and scope. It sings the doors open' Ilya Kaminsky, author of Deaf Republic

'They are sailors from another century, stalwart / captured on daguerrotype, casually masculine, tender of heart.'

In the middle of the last century, the SS General Pueyrredon from Buenos Aires deposits Leo Boix's paternal grandfather on English soil for the first time. In the two years he spends there, he acquires a taste for his new homeland: from taking his tea white - muy blanco - to plunging into unfamiliar sensual worlds.

So begins the poet's own journey, arriving in the United Kingdom as a young queer man. Ballad of a Happy Immigrant tells of the life he makes there: a dazzling collection of what it means to live, love and write between two cultures and traditions. Effortlessly moving between the English imagination and Spanish language, it is a boundless exploration of otherness and home, and the personal transformation that follows between 'loss / and a life / that starts anew.'