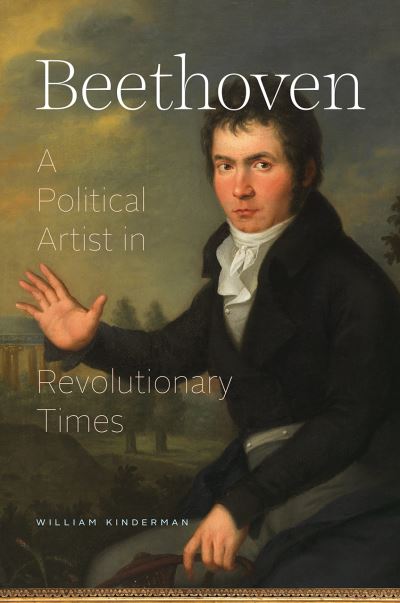 We have long regarded Beethoven as a great composer, but we rarely appreciate that he was also an eminently political artist. This book unveils the role of politics in his oeuvre, elucidating how the inherently political nature of Beethoven's music explains its power and endurance. William Kinderman presents Beethoven as a civically engaged thinker faced with severe challenges. The composer lived through many tumultuous events--the French Revolution, the rise and fall of Napoleon Bonaparte, and the Congress of Vienna among them. Previous studies of Beethoven have emphasized the importance of his personal suffering and inner struggles; Kinderman instead establishes that musical tensions in works such as the Eroica, the Appassionata, and his final piano sonata in C minor reflect Beethoven's attitudes toward the political turbulence of the era. Written for the 250th anniversary of his birth, Beethoven takes stock of the composer's legacy, showing how his idealism and zeal for resistance have ensured that masterpieces such as the Ninth Symphony continue to inspire activists around the globe. Kinderman considers how the Fifth Symphony helped galvanize resistance to fascism, how the Sixth has energized the environmental movement, and how Beethoven's civic engagement continues to inspire in politically perilous times. Uncertain times call for ardent responses, and, as Kinderman convincingly affirms, Beethoven's music is more relevant today than ever before.