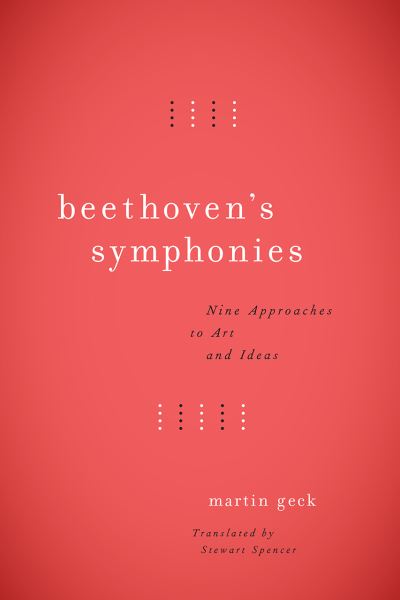 In the years spanning from 1800 to 1824, Ludwig van Beethoven completed nine symphonies, now considered among the greatest masterpieces of Western music. Yet despite the fact that this time period, located in the wake of the Enlightenment and at the peak of romanticism, was one of rich intellectual exploration and social change, the influence of such threads of thought on Beethoven's work has until now remained hidden beneath the surface of the notes. Beethoven's Symphonies presents a fresh look at the great composer's approach and the ideas that moved him, offering a lively account of the major themes unifying his radically diverse output. Martin Geck opens the book with an enthralling series of cultural, political, and musical motifs that run throughout the symphonies. A leading theme is Beethoven's intense intellectual and emotional engagement with the figure of Napoleon, an engagement that survived even Beethoven's disappointment with Napoleon's decision to be crowned emperor in 1804. Geck also delves into the unique ways in which Beethoven approached beginnings and finales in his symphonies, as well as his innovative use of particular instruments. He then turns to the individual symphonies, tracing elements a pitch, a chord, a musical theme that offer a new way of thinking about each work and will make even the most devoted fans of Beethoven admire the symphonies anew. Offering refreshingly inventive readings of the work of one of history's greatest composers, this book shapes a fascinating picture of the symphonies as a cohesive oeuvre and of Beethoven as a master symphonist.